EDIT 2/20/21: I sought out constructive feedback from comrades and received some great suggestions and ideas that I’ll be working to implement on this post, which I will be dividing into at least a couple of posts. What you see here is Birb Brain on full stream of consciousness blast and I need to do some editing! So please visit again to check out the new content in the coming days.

We’re surrounded by propaganda in the US. Most people have no idea.

This includes the propaganda regarding China and the Xinjiang region. Did you know the majority of the “Uyghur Prison Camps” propaganda originates with a Right-Wing Christian Fundamentalist named Adrian Zenz, who runs a Fascist thinktank called “The Victims Of Communism Memorial Foundation?” That organization was created after Senator Steve Symms and Representative Dana Rohrabacher both introduced as concurrent resolutions, and Senator Jesse Helms amended, and was passed into law by President Bill Clinton in 1993. Take a look at the Senators and Representative who drove this Act Of Congress, as well as Bill Clinton and Adrian Zenz. Do their values align with yours? Can you not just look at the name and taste the propaganda?

Yes, it was passed unanimously, but every politician is aware of what happens to anyone expressing positive thoughts regarding Communism, much less -defending- it against likes. McCarthyism STILL looms large today, what makes you think it wasn’t a factor in 1993?

If you’ve taken the time to learn history beyond your school textbook and imperialist propaganda, you are aware of the lies we’ve been told and how USians have been indoctrinated and gaslit for generations by our government. Here’s a few quick zingers for you. Did you know that:

So. There’s just a taste of things to come once you delve into ACTUAL US history. It’s upsetting. It’s horrifying. It’s shameful. It’s gut-wrenching levels of outrage.

You know how we’re always told that the US military needs to be abroad to “protect our freedoms?” No. It is and has always been to protect the interests of the very rich fraction of 1%ers who actually decide through their actions what happens in our nation and elsewhere. Marx called them the Bourgeoisie.

Now that we’ve established that your government has been lying to you about history, do you think that’s stopped? If so, that’s dangerously naïve, because there’s ample evidence to demonstrate they continue lying to us every day of our lives. Yes, even today. And tomorrow. And the next day. Until they manage to kill us or we manage to stop them.

This is class war. We in the US are living through a class genocide as our government has done hardly a thing for most people during a global pandemic, economic depression (caused by the billionaires again), and now another “once in a lifetime” weather events with the resulting humanitarian crisis – how many “once in a lifetimes” are we at with these now? But they’ve insured that we remain beholden to billionaires for generations by giving them the largest upward transfer of wealth in human history as part of the CARES Act last year while giving most everyone else $1200, but many got nothing. NOTHING. Oh? Did you miss that part back then? I understand if you did, because those were the start of desperate times for plenty of people. But I’ve been trying to pay attention for us all and thankfully I have other comrades doing the same. Do you even have any comprehension of just how much money these billionaires have? And it’s all Fiat Currency! It’s all fiction! The only thing holding it all up is that we’re all beholden to it, cuz it hasn’t been backed by gold since 1971. It’s backed by terror. The terror of what the US military machine or sanctions will do to your country if you refuse to accept the US dollar. That’s what’s kept it the global standard all these decades. But the billionaires feel they need most of it and are perfectly fine with letting the poor suffer every day despite their ability to stop that suffering. The very wealthy are sadistic parasites who enjoy watching what amounts to suffering porn for them – they don’t want us to survive their cooking the planet. They have survival bunkers to flee to and it’d just be way easier on them if we could just wait to die and keep paying them in the meantime. They’ve been planning this for years.

Bourgeoisie values are the source of all evil. That’s what Paul of Tarsus was aiming at when he said that love of money is the root of all evil.

The problems we face collectively on our planet cannot be solved by the same governing system that has forced and then reinforced these problems itself. If you’re not already convinced of this, I guess you’re too comfortable in your own life and unwilling to empathize, TRULY empathize, with those who are suffering. In order to do that you must first start addressing the classist and racist indoctrination in yourself, and learning ACTUAL history is a great starting place, because you need to understand what attempted solutions have already been tried, often repeatedly, and failed. You need to understand our past to interpret the data you receive from the present accurately and to avoid repeating errors in the future. History is a weapon and the Bourgeoisie have been using it very successfully against us. It’s our time to turn it against them.

We have so little time left to start implementing the massive systemic and structural changes required if we are going to have a survivable ecosystem ten years from now. Climate change denial is another propaganda psyop to keep us from uniting together against the billionaires and corporations responsible for climate change and catastrophe we’re now in. The ruling class has used indoctrination and propaganda with great success on so many occasions throughout our history. If you ever expect to be able to recognize these attempts while it still matters, you need to learn history. ACTUAL history, not US propaganda.

Once you’re ready to accept the fact that the US government has no interest in your survival, and in fact is demonstrably willing to let half a million Americans and growing die from a pandemic that is also demonstrably controllable with lockdowns in which people are paid to stay home – realize that you are not alone. We’re already doing the work, and we’re ready for more help. Join a Revolutionary Party. Help fund and distribute Mutual Aid in your area. Keep up your own personal work by reading history and theory, listening to audiobooks, or watching videos. Learn to problem solve while rejecting the conditioning we’ve all been subjected to that places Capitalists at the top of humanity.

Give me a follow on social media if you’re not already. There’s links all over the page.

I really am trying to help us all avoid genocide or ecocide, and we very realistically all face both right now. US Political Parties will not save us, not even the Democrats. They are beholden to billionaires just like the Republicans. Liberals are polite Conservatives, but they do not stand for material action to alleviate other people’s suffering – just the appearance of good intentions and performative puffery. It’s more important to look good than to BE good according to the Bourgeoisie values they embody.

If this all hurts you to read, trust me, I understand. I’ve been living with this knowledge for years now, trying to get other people to realize it, and have mostly gone dismissed by people who I care about deeply. It sure would be nice to have some more people to organize with, because I know many of my family and friends possess skills that would be so beneficial to help the people who are suffering right now. And those who aren’t able, some could do things like pitch in $5+ a month to the MIMAC Detroit Diaper Fund – that’s the mutual aid group I organize with myself. I can tell you that the Black single moms and their babies in Detroit with whom we’re in solidarity surely need and appreciate your giving. MIMAC is also going to need a commercial van or box truck soon and we’ll be fundraising for that. Want to support locally? Find one in your area and see how you can pitch in. If you see changes in your neighborhood, like maybe a community free fridge, see how you can help, or start one yourself. There are so many people doing mutual aid work right now and it’s a great way to see how much better the world can be.

Take some time to process all of this information. Be good to yourself while you do it, but remember that your comfort, especially under the conditions we find ourselves, comes at a cost to others, who suffer to maintain the imbalances that Capitalists create. You can’t just ignore this and it’s going to become increasingly a part of our day to day lives, so wouldn’t you rather join those of us who are already working to insure that regular people are getting their needs met? Who will you turn to when your privilege bubble pops and you’re desperate? Nobody is coming to save us but ourselves. 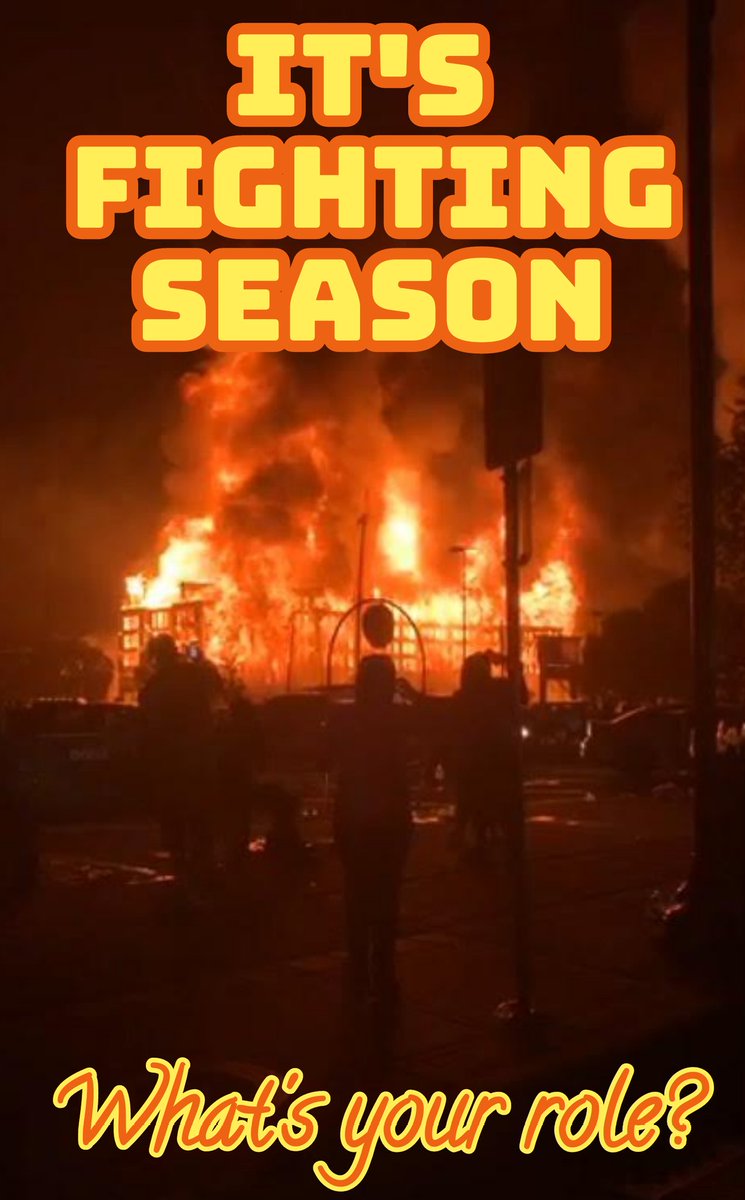